New Ferry explosion: One year on 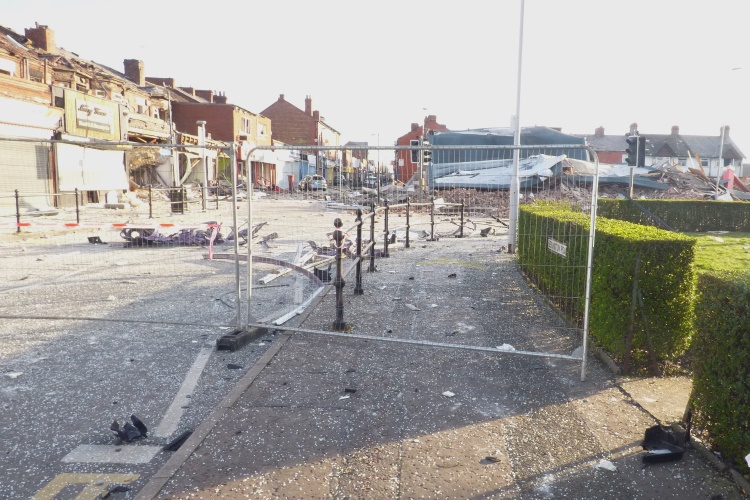 Sunday March 25th 2018 marked the anniversary of the explosion that rocked the New Ferry community.

Here, Wirral Council leader Cllr Phil Davies looks back on the year that has passed since one of the most serious and dramatic incidents to occur in the borough in recent times, while also looking forward to seeing the area redeveloped and rebuilt from the dust and devastation left by the blast on March 25th 2017.

“WITH the extent of the devastation caused by the explosion in New Ferry 12 months ago, it was obvious that it was going to be a long-term task to get life in the area back to anything resembling ‘normal’.

“However, as we have done from the very moment the blast happened, the council continues to stand side-by-side with the New Ferry community to try and address every single challenge the area faces as it tries to recover.

“And the challenges remain many and varied. From the immediate needs that those affected had in terms of temporary accommodation, welfare and pastoral support, financial assistance and general help and advice, to where we are now with trying to secure a workable, longer-term regeneration, the council has been fully focused on helping New Ferry residents and businesses.

“Looking back on the 12 months that have passed since that fateful Saturday night, our thoughts are with the young man whose injuries sustained as a result of the explosion continue to impact on his life.

“We are also so thankful, however, that there weren’t more serious casualties - or even fatalities.

“The final word is reserved for the people of New Ferry. The community spirit – the determination and the commitment to help each other through the tough times that there have been over the past year – has been so inspiring. Long-term friendships have been built and significantly new community groups have formed and established themselves as driving forces for social action in New Ferry.

“We look forward to continuing to work alongside them to progress and complete the recovery of the area over the coming months and years.”