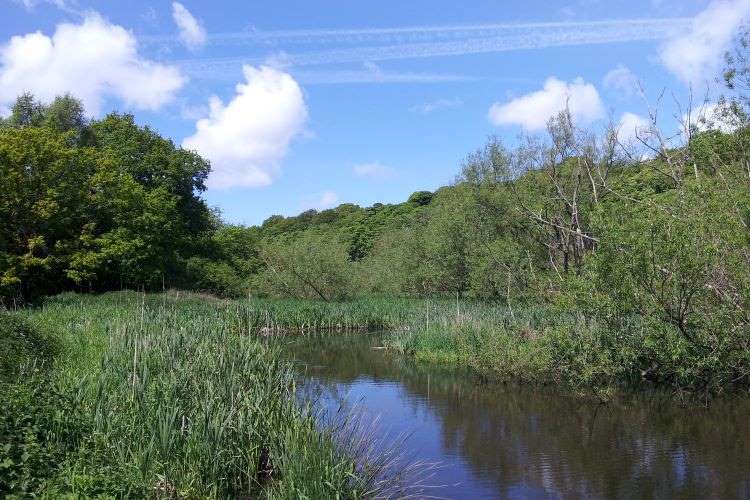 Wirral Council is delighted that Dibbinsdale Local Nature Reserve has been chosen as part of a nationwide network of 70 Ancient Woodlands to be dedicated to The Queen in celebration of the Platinum Jubilee.

The Queen’s Green Canopy recently announced the network of Ancient Woodlands and Ancient Trees across the United Kingdom which will form part of the Ancient Canopy to celebrate Her Majesty’s 70 years of service.

The initiative was launched by His Royal Highness, the Prince of Wales, who is Patron of The Queen’s Green Canopy, under one of the Ancient Tree dedications - the old Sycamore located at Dumfries House in Scotland.

Dibbinsdale is Wirral’s largest ancient woodland and is not only classified as a Local Nature Reserve – in partnership with the adjacent Brotherton Park – it is also an Ancient Semi-Natural Woodland and a Site of Special Scientific Interest (SSSI).

Explaining why the council nominated Dibbinsdale for the recognition, the council’s Landscape Manager, Nicola Wallbank, said: “Set within a picturesque valley that once acted as a boundary between Saxon and Viking settlers on the Wirral, Dibbinsdale is unique for its diversity of surrounding habitats resulting in an abundance of wildlife. Neighbouring habitats include wildflower meadows, reed swamps and historic parkland.

“Dominated by a canopy of Oak, a visit to Dibbinsdale in Spring is not to be missed as anemones, bluebells, and celandines carpet the woodland floor. Home to an array of bird species, including tawny owls, woodpeckers, nuthatch, treecreepers, heron, kingfisher, skylark and partridge, not to mention the abundance of bats.

“Fungi forays at Dibbinsdale are a delight for many in Autumn as are many other events run by the Friends of Dibbinsdale and Wirral Council rangers. It serves as a reminder that the entire peninsula was once a royal forest - the Forest of Wirral.”

Established over hundreds of years, the chosen woodlands and trees represent the diverse canopy of the four nations, it is a celebration of our living heritage. All the woodlands and trees have a story to tell. Some are famous specimens and others have a local significance.

These Ancient natural spaces hold significance and meaning for so many people in many different ways. They are symbols of community pride, places to connect socially and vital spaces for health and wellbeing activities.

By sharing the stories behind the Ancient woodlands and trees, as well as the incredible efforts that are made to protect them, The Queen’s Green Canopy aims to raise awareness of these treasured habitats and the importance of conserving them for future generations.