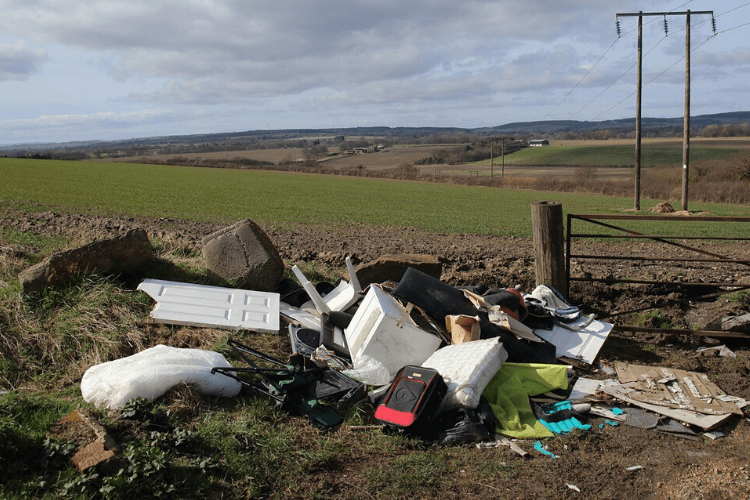 Wirral Council has turned to a high-tech solution to help with investigations into incidents such as fly-tipping.

A new partnership with technology firm, iDefigo, means that the council now has access to cutting edge, wireless camera equipment that can deployed in minutes to potential hotspots to gather quality evidence of criminality.

Wirral has deployed CCTV surveillance equipment before in its efforts to build cases against suspected fly-tippers, but success has been limited, primarily due to the nature of the equipment being used.

The old CCTV units themselves were outdated and required a wired infrastructure, a large heavy battery and encrypted hard local drives. The equipment was often unreliable and difficult to deploy, hide, and maintain on site. Reviewing incidents on these systems also required a significant amount of officer time to manually scroll through footage.

However, the new system - the Vodafone Smart Wireless Camera, provided by iDefigo – addresses a number of those weaknesses and also brings other functionality which will help in the evidence-gathering process.

There is no need for daily inspections to download footage as it is instead uploaded and stored on a cloud-based platform and can be easily reviewed from anywhere online or using phone-based apps.

The smart cameras can be left on site for weeks without having a battery recharge, subject to volume of activity or traffic at the site, and they are fully GDPR compliant.

The new equipment can be installed on-site in around half an hour, though all covert operations are subject to obtaining authorisation via the magistrate’s court, which can take time. Councils will only be authorised to use covert surveillance for the purpose of preventing or detecting crime and where doing so is in the public interest.

“Fly-tipping is not a victimless crime, it is one we take very seriously due to the impact it has on people’s quality of life and the cost in environmental as well as financial terms. The Council spends approximately £3.6m a year on street cleansing and the cost of clearing fly-tipping alone on Council land can range from around £200 to £500 per incident.

“We always say enforcement officers will use every power at their disposal to prosecute those responsible for environmental crimes and that is true. This is why we are investing in this high-tech evidence gathering tool – it will increase our chances of achieving successful prosecutions, which in turn will mean we are able to recover the costs associated with clearing up and investigating fly-tipping incidents.”