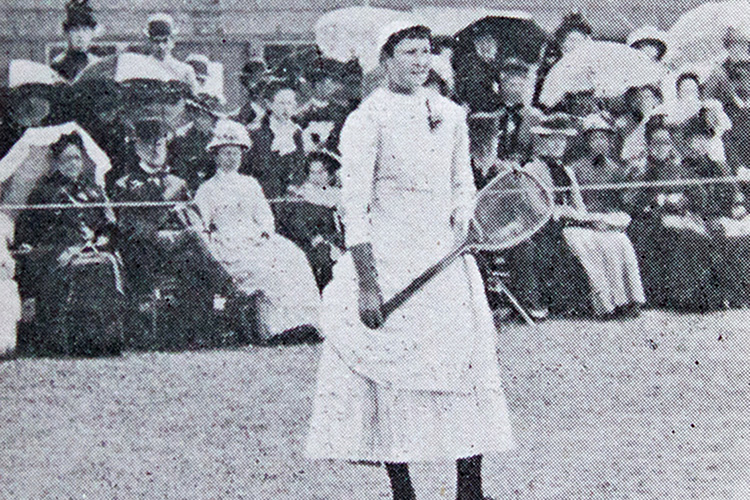 To celebrate International Women’s Day, Wirral Council is spotlighting the fantastic sporting achievements of Lottie Dod, the five times Wimbledon winner who was born and lived in Bebington, and whose achievements have recently been commemorated with a prestigious blue plaque.

Lottie Dod (1871 – 1960) was best known as a tennis player though she excelled in many other sports, including golf, hockey and archery.

She started playing tennis at age 11 and won the Wimbledon Championships for the first time when she was only fifteen, in the summer of 1887. Defeating the defending champion Blanche Bingley 6-2, 6-0, Dod remains the youngest player to win the women's singles tournament.

Apart from entering women's tournaments, Dod sometimes also played and won matches against men, on one occasion defeating star players Ernest Renshaw and George Hillyard (the husband of Blanche Bingley) when doubling with Herbert Baddeley. Dod was elected to the International Tennis Hall of Fame in 1983.

Lottie’s sporting successes were not confined to tennis. She won the British Ladies Amateur Golf Championship, played twice for the England women's national field hockey team (which she helped to found), and won a silver medal at the 1908 Summer Olympics in archery. Her interests also included winter sports: figure skating, tobogganing on the Cresta Run, mountaineering and curling. Other achievements included helping to establish a ladies' golf club at Moreton in 1894, and during the first world war, receiving a Service Medal by the Red Cross for serving more than 1,000 hours as a nurse.

“On International Women’s Day, what better time to celebrate the achievements of Lottie Dod. She was a prodigious sporting talent and an inspiration to young sportswomen everywhere.

At this time when we all look forward to getting out and about, and with outdoor tennis expected to open up again from 29 March, I hope Lottie’s story will encourage women of all ages to pick up a racket again, or have a go at some different sports until they find one they love and can stick with. There really is something out there for everyone.”

Lottie’s incredible sporting achievements have recently been commemorated with a prestigious blue plaque on her childhood house in Bebington, now the Charlotte House care home.

“I can’t think of many people more worthy of a blue plaque than our very own sporting superstar, Lottie Dod. The plaque is such a lovely way to highlight the close association Lottie had with our area and shows how proud we are of her.

“I’m sure it will inspire more people to learn about Lottie’s incredible achievements and help to foster an even greater appreciation for our rich local history.”

Suggestions for other worthy nominees to be celebrated with a blue plaque are very welcome and should be sent by email to cultureteam@wirral.gov.uk